Tour with the Author

Get a rare opportunity to take a private Civil War battlefield tour with an author.

As part of this tour experience, you’ll also receive a signed copy of the author’s book along with a Tour with the Author bookmark and a Battlefield Tours of Virginia fridge magnet!

Choose to tour one battlefield or make it a combo tour and see two battlefields on one journey. And our Tour with the Author experience doesn’t have to correspond directly to the author’s book.

You can have the historian give a tour of a battlefield other than one they’ve written about or explore Civil War themes of particular interest to you.

Browse Battlefield Tours of Virginia’s wide selection of private battlefield tours in Virginia and explore the many battlefields our guides cover.

When you book a Tour with the Author experience, simply contact us to arrange a date with your historian-guide. Decide if you wish to take a half-day tour or spend an entire day with your author on a combo tour.

If you have any questions, get in touch. 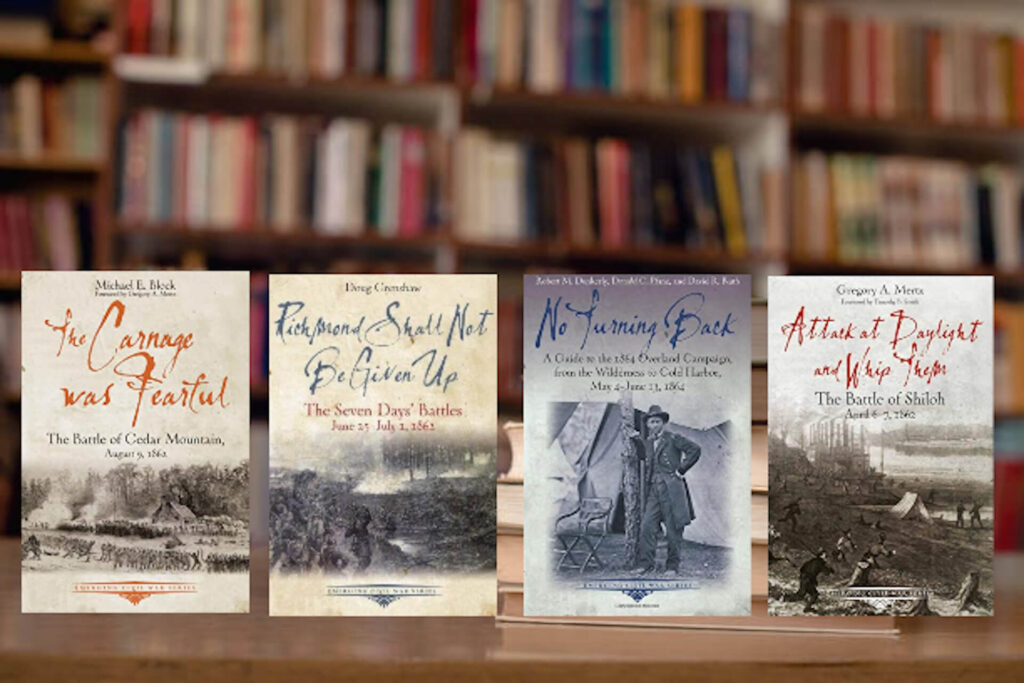 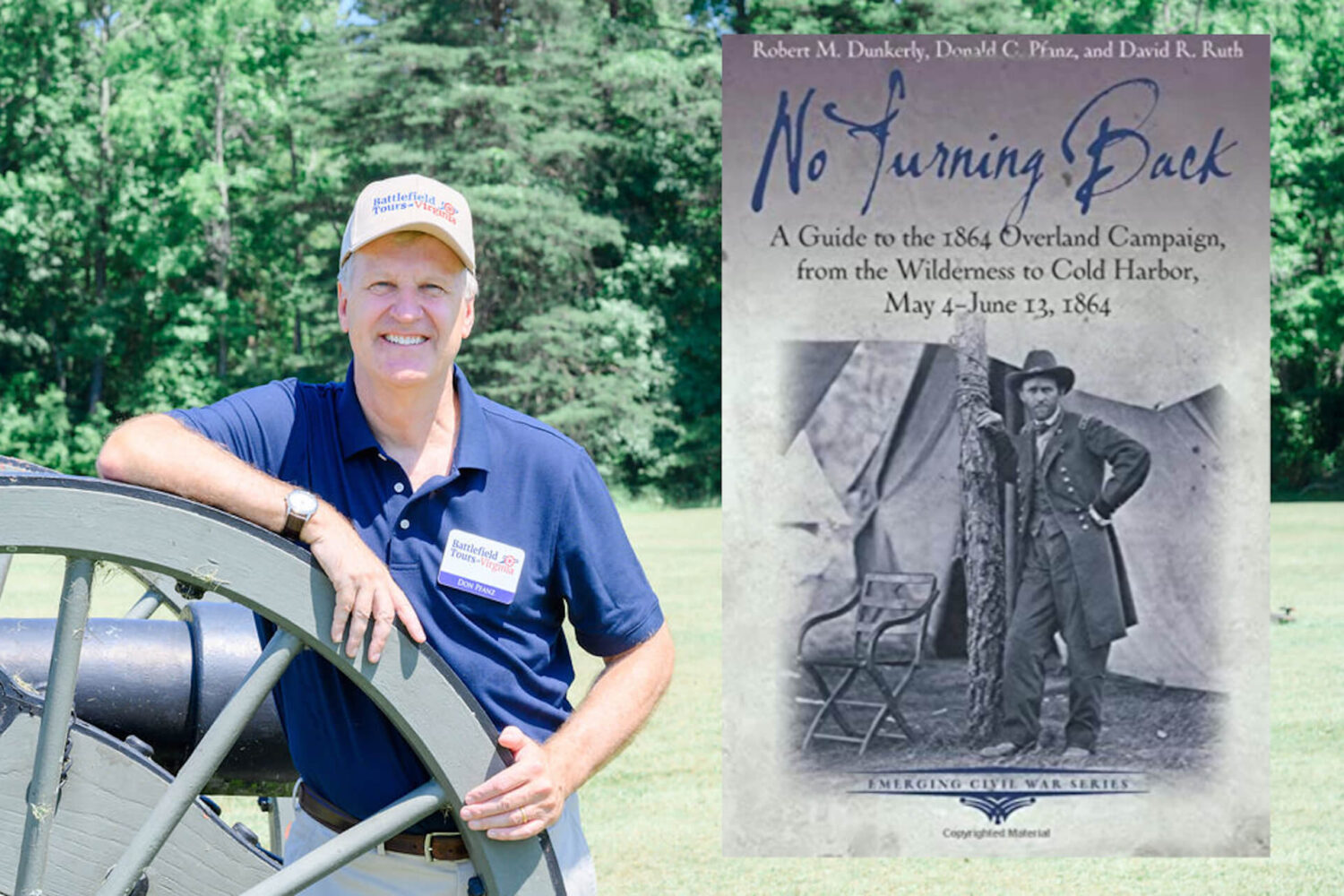 Don was born in Gettysburg, Pa., to legendary Gettysburg historian Harry Pfanz. He graduated from the College of William and Mary in Williamsburg, Va.

During his 32-year career with the National Park Service, he worked at Fredericksburg National Military Park, Petersburg National Battlefield, and Fort Sumter National Monument. He is a founding member of what is now the American Battlefield Trust, our nation’s largest battlefield preservation organization.

An accomplished author, Don has written seven books about the Civil War, including Richard S. Ewell: A Soldier’s Life, Clara Barton’s Civil War, and War So Terrible: A Popular History of the Battle of Fredericksburg.

He resides on the battlefield of The Wilderness with his family in Spotsylvania County, Va.

Book a Tour with Don Pfanz

Doug Crenshaw is a volunteer historical interpreter for the Richmond National Battlefield Park.

A member of the Richmond Civil War Roundtable, he is a speaker, presenter, tour leader, and author of books on Glendale and Fort Harrison.

Doug’s most recent book is Richmond Shall Not Be Given Up, published as part of the Emerging Civil War series. 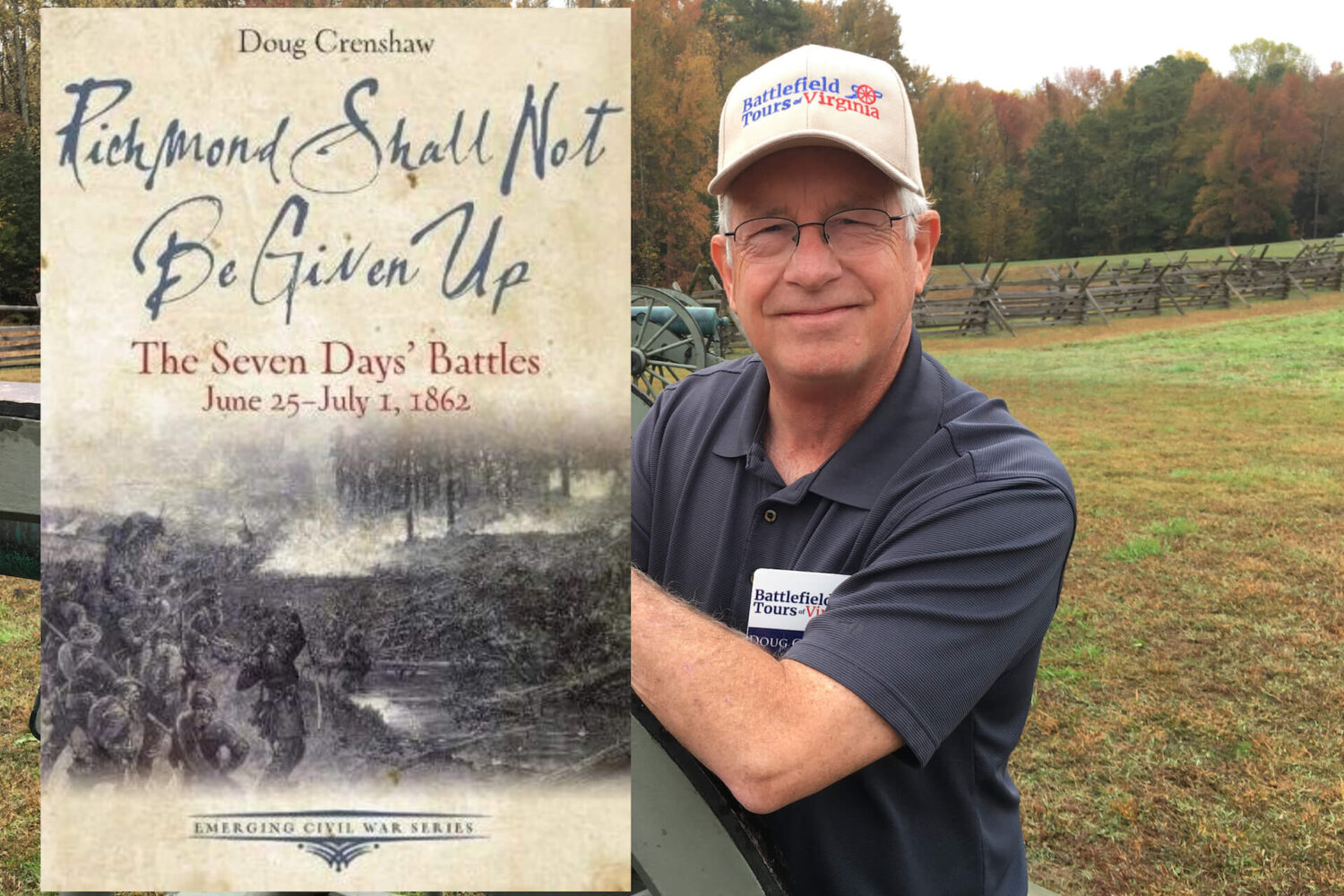 Book a Tour with Doug Crenshaw

Author of The Carnage was Fearful: The Battle of Cedar Mountain 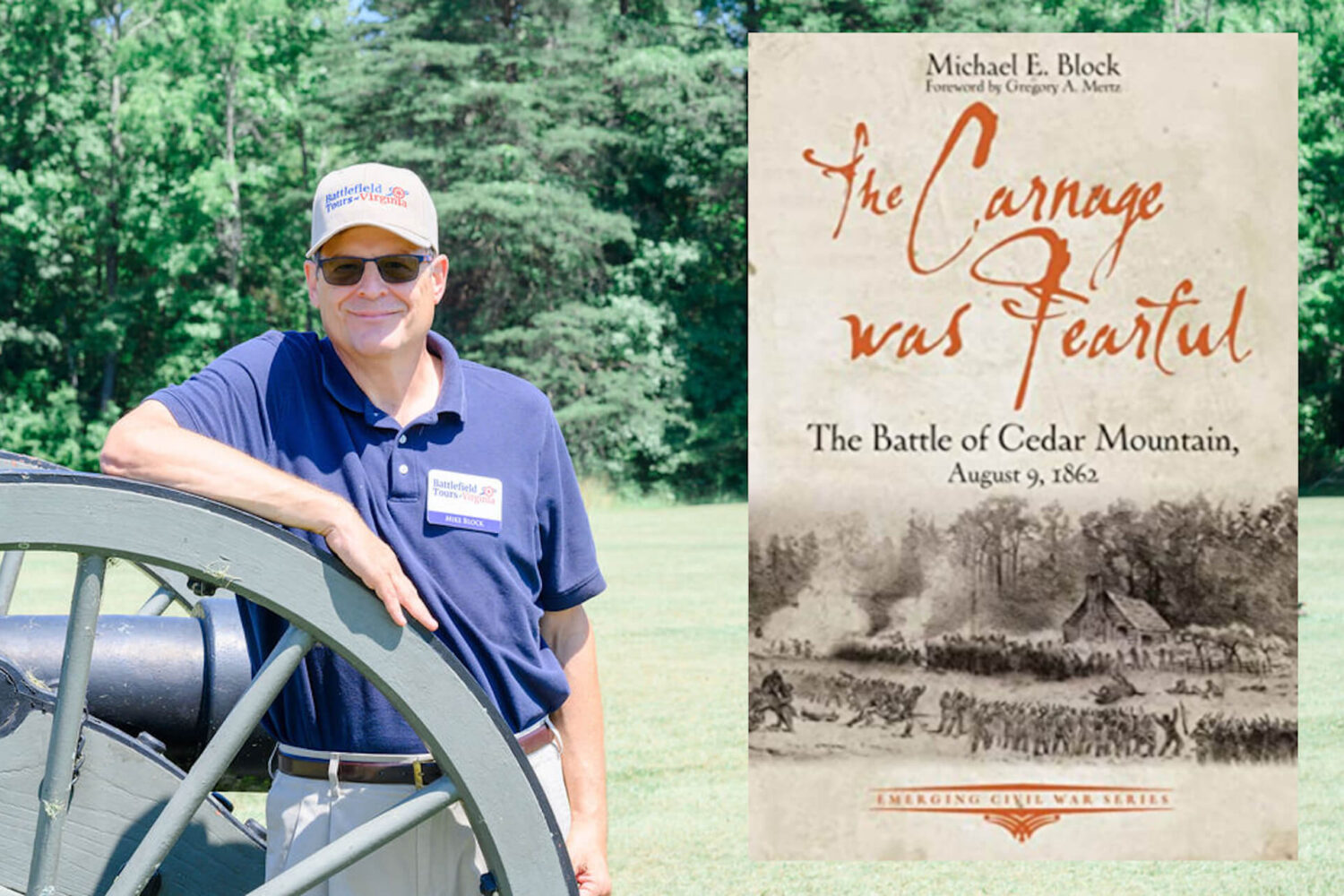 Mike is a military veteran who recently retired after nearly 40 years of service. Since 2004, he has been active as a public historian in Culpeper County. Mike leads tours and lectures and serves on non-profit boards supporting historic preservation.

He has written articles for Blue & Gray and Hallowed Ground magazines and the Emerging Civil War, an online platform and print publisher dedicated to sharing new scholarship related to the American Civil War.

His first book, about the Battle of Cedar Mountain, was published in 2021. Mike believes that to truly understand an action or event, you must walk the ground and hear from those who were there. He will personalize your tours so that you can get the most out of your experience.

Book a Tour with Mike Block

Author of Attack at Daylight and Whip Them: The Battle of Shiloh

Greg retired after a 40-year career with the National Park Service as a historian at the Gettysburg battlefield, the Eisenhower home, and the Fredericksburg and Spotsylvania area battlefields. Most of his career was spent teaching tour guiding skills and supervising new employees and volunteers.

Greg looks forward to trading the training room and office for a return to the battlefield.

He has written a book on the Battle of Shiloh which helps to understand Grant during the Overland Campaign. Greg has penned feature magazine articles on the Spotsylvania and The Wilderness battles. 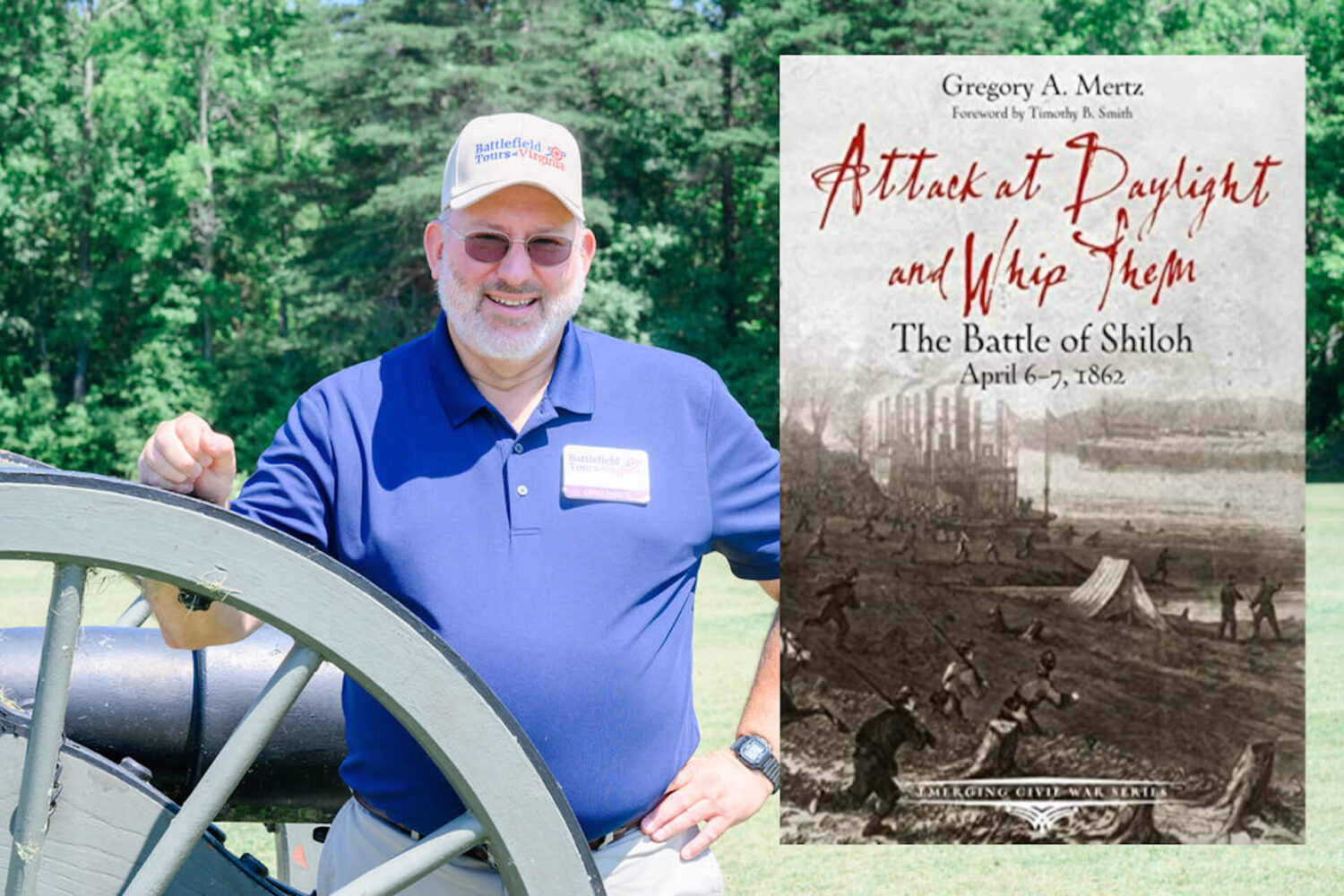 Book a Tour with Greg Mertz

Gift Certificate: Tour with the Author

Give the history lover in your life a rare opportunity to take a private Civil War battlefield tour with an author.

Along with a personalized tour experience in the company of a published Civil War historian, the recipient will also receive a signed copy of their tour leader’s book!

Your historian-guide can tour many of our Virginia battlefields with a focus on any Civil War theme your recipient is most interested in. 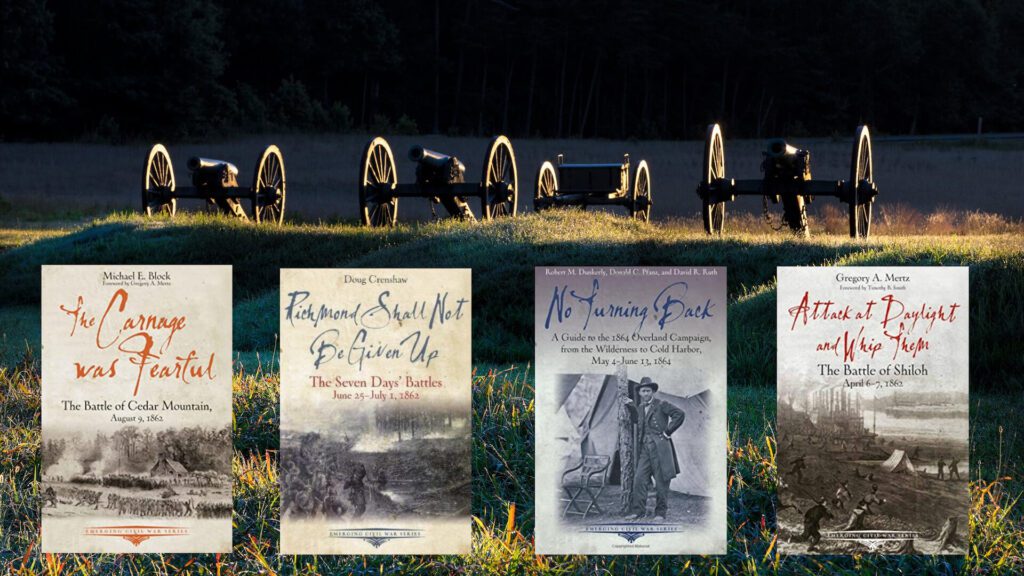 Ordering your Tour with the Author Voucher

When you’re ready, simply select the author along with their book and decide if you wish to purchase a half-day or full-day combo experience. We’ll mail you a signed copy of your selected book and a gift certificate in the form of a Tour with the Author bookmark.

When your recipient is ready to schedule their Tour with the Author, they can redeem their gift certificate by simply contacting us to arrange a date with your historian-guide. .

If you have any questions, get in touch.