When you book with an account, you will be able to track your payment status, track the confirmation and you can also rate the tour after you finished the tour.
Sign Up
1807
DetailWhat's IncludedQuick FactsReviews

Join a Historic Campaign on This Seven Days' Battles Tour

The Seven Days’ Battles is the culmination of Union General George B. McClellan’s Peninsula Campaign in an effort to seize the Confederate capital of Richmond. It gave rise to Robert E. Lee who would launch a series of bold but costly offensives over a period of seven days.

Your private battlefield tour will start at the Chickahominy Bluff Battlefield – National Park Service Stop, where you will meet your own battlefield guide. Receive a tour introduction and see a part of the original Confederate line defending Richmond.

Follow the Confederate forces to Beaver Dam Creek and see part of the Union’s two-mile front that the Confederates would attack on June 26, 1862. Today, the National Park Service has preserved a beautiful portion of the battlefield along the creek.

Travel to a portion of the Gaines’ Mill battlefield which saw the heaviest fighting of the Seven Days’ Battles on June 27, 1862, as Lee would launch his largest combined attack of the war. See the historic Watt House which served as a Union headquarters along with impressive examples of Civil War artillery.

Continue following the armies as they cross the Chickahominy River. Along the way, you will see Union General McClellan’s headquarters and make a stop at a portion of the Savage’s Station battlefield.

Visit part of the Glendale battlefield where the Union army will make a stand at the vital crossroads near the old Frayser Farm on June 30, 1862.

The climax of the tour is a visit to the Malvern Hill battlefield. This was the last of the Seven Days’ Battles fought on July 1, 1862. Stand on the main Union defensive line where their artillery was massed with the hopes of smashing the Confederate attacks.

This private battlefield tour pairs nicely with the battle of Cold Harbor; May 31-June 12, 1864. One of the other Richmond area battlefields, it’s part of the Overland Campaign of 1864.

Let us show you the way as you relax and skip the self-guided tour hassle. Your own battlefield guide will meet you at the Chickahominy Bluff Battlefield – National Park Service Stop.

Note: Seven Days’ Battles can be tailored into one of our Custom Battlefield Tours. 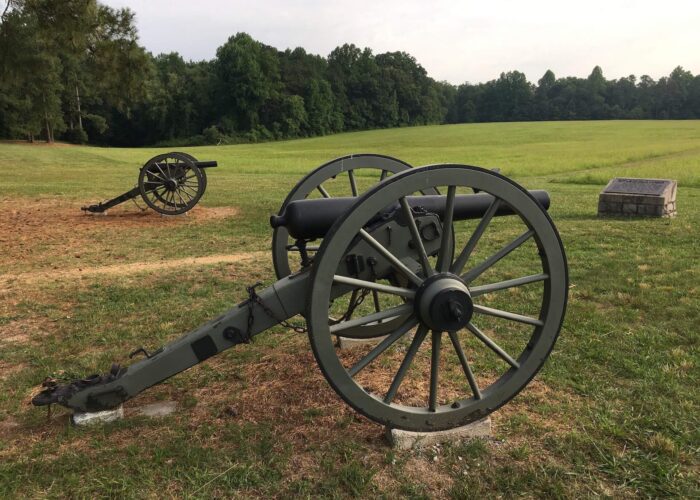