The Culpeper area battlefields are located in beautiful Central Virginia. Situated in the Piedmont region of Virginia between the Shenandoah Mountains and the eastern tidewater region, the armies of both the North and South continually marched, camped, and fought across this land numerous times.

You can find everything from “Stonewall” Jackson’s last independent command (the Battle of Cedar Mountain) to the beginning of the Gettysburg Campaign, the largest cavalry battle in North America, and the “Forgotten Fall of 1863”.

Skirmishes to significant actions could be found along the banks of the Rappahannock and Rapidan Rivers and up and down the tracks of the Orange and Alexandria Railroad.

The Army of the Potomac’s “Winter Quarters of 1864” occurred here before Grant’s famous Overland Campaign, where there would be, “No turning back!”.

Culpeper is between Washington, D.C., Charlottesville, Fredericksburg, and the Shenandoah Mountains.

This makes an ideal central location to make your battlefield base camp and start a campaign in any direction you want.

The Culpeper area battlefields are a must-see whether you’re a casual novice or Civil War buff.

Have some questions about the Civil War battlefields near Culpeper? Please contact us. 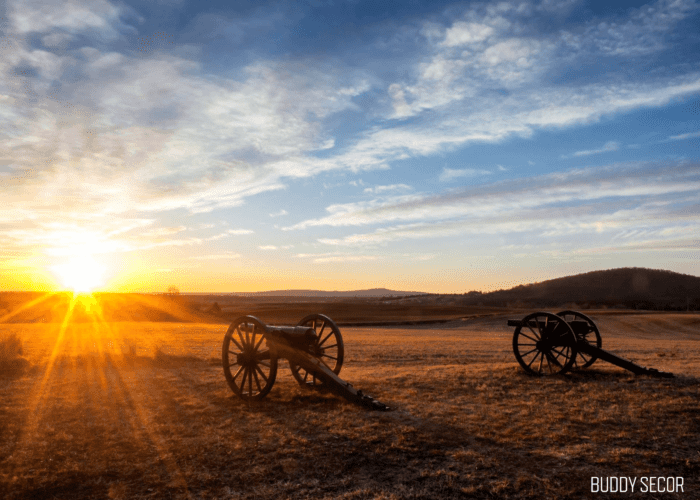 Hear about the opening battle of the Gettysburg Campaign which will result in the largest cavalry battle in North America.
FromUSD$200 Follow the Army of the Potomac as they try to get at Robert E. Lee’s Army of Northern Virginia behind the Rappahannock River in Culpeper County.
FromUSD$150