When you book with an account, you will be able to track your payment status, track the confirmation and you can also rate the tour after you finished the tour.
Sign Up
1826
DetailWhat's IncludedQuick FactsReviews

Join a Historic Campaign on This Battle of Fredericksburg Tour

Take a comprehensive battlefield tour of the battle of the Wilderness Battlefield; May 5-6, 1864.

The battle of the Wilderness is the next major battle after Gettysburg and is known as the opening phase of Grant’s Overland Campaign. It’s the first battle between Robert E. Lee and Ulysses S. Grant. Some historians will say it was the beginning of the end of the Confederacy.

Your private battlefield tour will start at the Wilderness Battlefield Exhibit Shelter – National Park Service where you will meet your own battlefield guide. Receive a tour introduction and hear about General Grant coming east with a plan to end the war for President Lincoln.

See the opening shots of the battle and the Overland Campaign, Saunder’s Field on May 5, 1864. While there, view the original Civil War earthworks still standing today!

We’ll make a stop at the Brock Road, Plank Road intersection where some of the most intense and desperate fightings took place both days.

Hear about Grant’s big plan for the second day on May 6, 1864, where he intends to land a hammering blow to Lee’s right-wing with General Winfield Hancock’s combined forces.

We’ll take you to Tapp Field where the fate of the Confederacy hung in the balance. We’ll learn about the famous Lee to the rear! moment with the arrival of the famous Texas Brigade on the field.

In various portions of the tour, you will be surrounded by the forest of the Wilderness where a new form of combat was waged in the woods. Confusion reigned supreme in the woods where it was difficult to maneuver and navigate. A new hell on the battlefield was experienced when wildfires erupted.

Learn about Grant’s decision to withdraw from the Wilderness and head south on the road to Richmond where there will be no turning back!

This private battlefield tour pairs nicely with the battle of Spotsylvania Court House which is the next battle of the Overland Campaign; May 8-21, 1864.

Let us show you the way as you relax and skip the self-guided tour hassle. Your own battlefield guide will meet you in front of the Wilderness Battlefield Exhibit Shelter – National Park Service.

Note: Battle of The Wilderness can be tailored into one of our Custom Battlefield Tours. 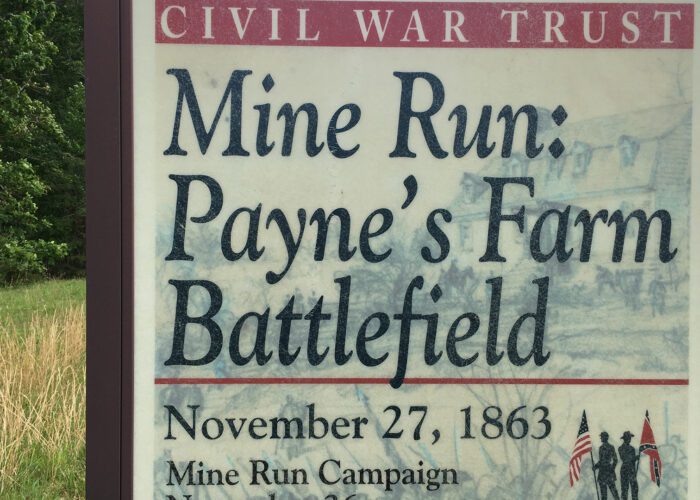 FromUSD$200
Part of the Forgotten Fall of 1863, find out what both armies have been up to since the battle of Gettysburg months earlier.