When you book with an account, you will be able to track your payment status, track the confirmation and you can also rate the tour after you finished the tour.
Sign Up
1812
DetailWhat's IncludedQuick FactsReviews

Join a Historic Campaign on This Battle of Spotsylvania Court House

Take a comprehensive battlefield tour of the battle of the Spotsylvania Court House; May 8-21, 1864.

The battle of the Spotsylvania Court House is the next battle of Grant’s Overland Campaign immediately after the Wilderness.

Your private battlefield tour will start at the Spotsylvania Battlefield Exhibit Shelter – National Park Service where you will meet your own battlefield guide. Receive a tour introduction and hear about Robert E. Lee and Ulysses S. Grant racing to see who would possess the next vital crossroads leading to Richmond.

See where the opening shots of the battle took place at Laurel Hill on May 8, 1864.

Hear about the death of General John Sedgwick where they couldn’t hit an elephant from this distance! He would become the highest-ranking Union General to die in the Civil War.

We’ll see the site where Colonel Emory Upton led a heroic and innovative Union assault on the Lee’s Mule Shoe on May 10, 1864.

Explore the infamous Mule Shoe where Robert E. Lee’s earthworks can still be seen today. While there, we’ll hear about the massive assault on May 12, 1864, which led to 22-hours of sustained hand-to-hand combat.

See the famous Bloody Angle where the fightings were the most intense and desperate.

We’ll see monuments left by those regiments who fought in and around the Mule Shoe.

Go to Lee’s Final Line, where the National Park Service has recreated a Civil War line of earthworks.

We’ll conclude with Grant’s decision to withdraw and move south towards Richmond where he will say “I propose to fight it out on this line if it takes all summer!” And the Overland Campaign will continue, to the North Anna.

This private battlefield tour pairs nicely with the battle of the North Anna which is the next battle of the Overland Campaign; May 23-24, 1864.

Let us show you the way as you relax and skip the self-guided tour hassle. Your own battlefield guide will meet you in front of the Spotsylvania Battlefield Exhibit Shelter – National Park Service.

Note: Battle of Spotsylvania Court House can be tailored into one of our Custom Battlefield Tours. FromUSD$200
Next major battle after Gettysburg, known as the opening phase of Ulysses S. Grant’s Overland Campaign. Historians say, it’s the beginning of the end of the Confederacy. 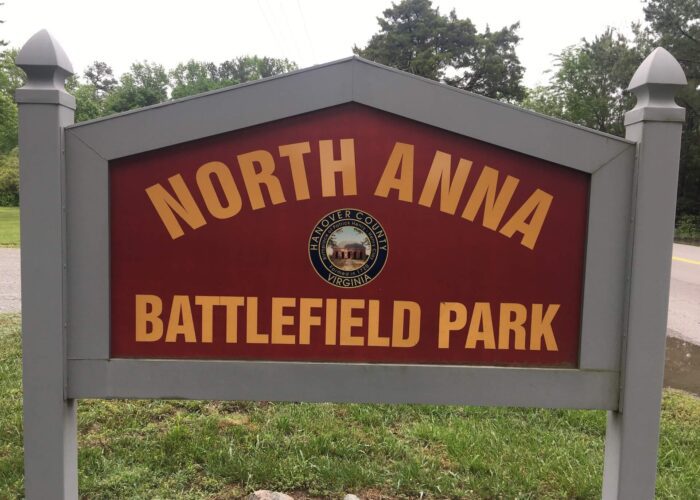