Whether the American Civil War could have been avoided has been passionately debated since April 12, 1861, when Confederate forces opened fire on the Union-held Fort Sumter.

All war is tragic, but the nature of a civil conflict means it is always particularly toxic. How can men raise arms against their fellow citizens? How can people who were once identified as belonging to a single identity find themselves so at odds that a conflict is the only way to settle their differences?

The complicated truth of whether the Civil War could have been avoided is that had there not been a war, there likely would be no United States today. The war was an existential crisis for the thirty-four states that made up the union in 1861 (19 free states and 15 slave-holding states).

Furthermore, the avoidance of war would have led to two powerful, politically opposed entities existing side by side in the former territory of the US, and issues surrounding slavery would have continued to cause clashes (such as the status of runaway slaves).

The following blog will briefly detail the main points usually raised in whether the Civil War had to happen.

The Causes of the Secession Crisis

Tensions between the northern free states and southern slave-holding states reached their literal breaking point in 1860 with the election of Abraham Lincoln as president.

As we discussed in our previous blog, What Were the Main Reasons for the US Civil War? , the secession crisis involved four areas of conflict: slavery, the differing economies of the North and the South, Sectionalism, and states’ rights.

Slavery, however, was clearly a central aspect of every one of these concerns, and the election of Lincoln was like taking a match to a powder keg.

The South believed that Lincoln would immediately halt the expansion of slavery into new US territories and would ensure that the “peculiar institution” of slavery would quickly die out.

But Lincoln was not fanatically abolitionist. He indeed hoped that slavery’s days were numbered in the United States, but his number one priority was the continuation of the American Republic.

In Lincoln’s eyes, the US achieved something brilliant in establishing and administering a republic. But the greatest task was still ahead of the young revolutionary country – maintaining the republic.

However, given the view of the southern states, we can confidently say that there was an inevitability about the South’s secession. That, then, leads us to our next question…

Could War Be Avoided After the Confederacy Was Established?

The North and South were on diametrically opposed paths at a time when the entire world was undergoing immense changes due to industrialization. A collision could be said to be unavoidable. If the United States were to survive as a single entity, one side would need to win out.

This is where the importance of Lincoln comes in. Had someone less invested in the maintenance of the American Republic taken charge in 1860, the South may have been cut loose to pursue their own destiny, with the federal state focusing on the development of the North.

But for Lincoln, the Union could never be sacrificed. As he famously said, “A house divided against itself can not stand,” and Lincoln was unwilling to let the house collapse.

Given his position, the Battle of Fort Sumter was the point of no return.

The only way to avoid the conflict seems to reside in two premises. Either a Lincoln administration willing to allow the Republic to split or a South willing to abandon an economy propped up by slavery – neither of which seemed at all feasible.

If you want to further your knowledge of this chapter in American history, there’s no better way than turning American Civil War battlefields in the company of an expert guide. Browse our Battlefield Tours, Combo Tours, and Custom Tour options. 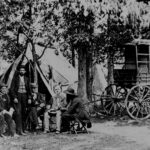 How Did the American Civil War Change American Society?
January 16, 2023 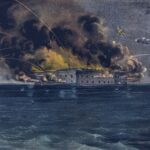 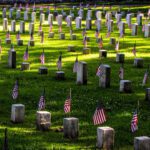